On a day where the Supreme Court upheld the Minimum Income Requirement of £18,600 for family member applications, finding the Immigration Rules not to be unlawful. The Supreme Court yesterday also delivered another significant judgement in the conjoined appeals concerning Agyarko Ikuga v Secretary of State for the Home Department [2017] UKSC 11. The appeals tackled the issue of whether foreign nationals who have been residing in the UK unlawfully can submit a Human Rights Application to regularise their status in the UK on the basis of their Article 8 ECHR rights. The Supreme Court held that in conducting the Proportionality Exercise, a Human Rights Application would need to satisfy the high threshold in meeting the Insurmountable Obstacles test. 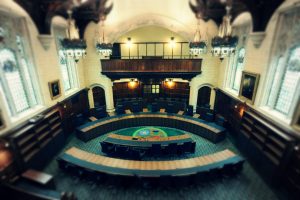 Successful Human Rights application can be submitted by LEXVISA Solicitors

Agyarko Ikuga v Secretary of State for the Home Department: Summary of Case

In this particular appeal, the Supreme Court was invited to clarify whether foreign nationals residing in the UK without lawful immigration status can submit an application to regularise their status outside the Immigration Rules on the basis of their Article 8 ECHR rights. The Secretary of State had previously concluded that the both Appellants (Mrs Agyarko and Mrs Ikuga) did not qualify for leave to remain under the Immigration rules.

The appeal concerned two women who had initially entered the UK on visitor visas and remained in the UK once their visas had expired. Following the expiry of their visas, both women had developed relationships with British Citizens whilst their immigration status was precarious and applied for leave to remain outside the Immigration Rules on the basis of their Article 8 ECHR rights. The basis of their argument was that they had established a private life in the UK and developed strong social ties. The Court of Appeal dismissing the appeals held that the applications did not raise any exceptional circumstances which may warrant the grant of leave to remain in either case.

The Supreme Court yesterday on Agyarko Ikuga v Secretary of State held that whilst it was accepted that the Appellants (Mrs Agyarko and Mrs Ikuga) had provided some evidence of exceptional circumstances preventing the couples from continuing their family life outside the UK. However, such evidence was not sufficient as the Supreme Court decided that the evidence before them in these cases did not satisfy the high threshold in meeting the Insurmountable Obstacles test preventing the couples’ continuing their family life outside the UK. The Supreme Court adopted the Lord Justice Sales’ decision that the factors relied upon were not strong enough to persuade a decision maker to grant the application on insurmountable obstacles alone. The Supreme court reminded everyone that the definition of “insurmountable obstacles” is as follows:

What does the Agyarko Ikuga v Secretary of State for the Home Department ruling mean for a Human Rights Application?

The judgement does not rule out the prospect of submitting Human Rights applications for people who have been residing in the UK unlawfully but the Supreme Court has made it clear that applications which rely upon Article 8 ECHR outside the Immigration Rules will only be granted exceptionally where it is clear that the high threshold under the Insurmountable Obstacles test has been met which would prevent the applicant from continuing her family life with her partner outside the UK.

Our team of solicitors and barristers bear in mind the paramount duty of all legal representatives to act in your best interest whilst complying with the strict letter of the law. Our team of specialists can be distinguished from other law firms with our client-tailored approach and scrutiny of options available to you from the outset. We will be able to advise you in respect of the merits of your UK visa application by providing you with advice from our leading team of solicitors before your matter even reaches the Home Office. We can assist you with the preparation of your visa and immigration application and ensure that you meet all the requirements of the relevant rules.

If you wish to consider your options, please call our Immigration Team so we can assess your matter and if necessary advise you of the next steps you should take in a consultation.