International students bring billions of pounds to the United Kingdom each year, and the UK remains an attractive study destination with highly-ranked universities and schools. In order to ensure that educational institutions continue to attract students from overseas, Tier 4 Sponsor Licence compliance is a vital step to take. 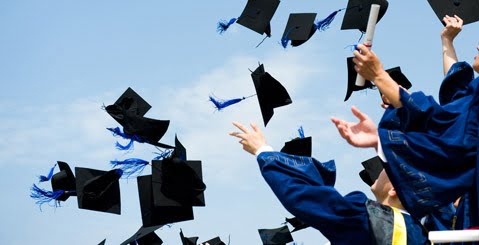 Who needs a Tier 4 Sponsor Licence?

Any educational institution that wishes to attract and enrol students from non-EEA countries will need to apply for a Tier 4 Sponsor Licence. Holding a Tier 4 Sponsor Licence will give that institution the ability to issue Confirmation of Acceptance for Studies (CAS), and to ultimately sponsor Tier 4 visas. These visas are for students who have been accepted to study on long-term academic courses, such as at a university, embedded college or a school, but they can also be issued by English language schools for students who have been accepted to study English language on a course of over 11 months. Given the popularity of the UK as a study destination, as well as the continuing importance of English in a global market, successfully applying for a Tier 4 Sponsor Licence and being on the Government’s Register of Sponsors has a great deal of value.

Making an application for a Tier 4 Sponsor Licence – as well as subsequent licence compliance – is more rigorous now than ever before. Previous abuse of the Tier 4 Sponsor Licence by bogus colleges has resulted in tighter rules and more robust inspections from the Home Office. The initial stage in making a Tier 4 Sponsor Licence application will entail meeting the requirements set out by the Home Office, in order to demonstrate that the educational institute meets certain quality standards, a requirement known as Educational Oversight. This is carried out through an inspection by an oversight body such as QAA, which will usually look at, amongst other aspects: academic standards and how teaching is carried out; the suitability of the premises for teaching; corporate governance; financial performance; and sustainability. There are other requirements that will be taken into consideration, but if an education institution is able to meet the initial requirements as set out by their oversight body, they will be on the road towards a successful Tier 4 Sponsor Licence application.

In 2012, London Metropolitan University had their Tier 4 Sponsor Licence revoked as they had failed to comply with their sponsorship duties. Large numbers of international students were left facing an uncertain future, and the university suffered a great deal of financial and reputational damage. The fate of London Metropolitan University demonstrated the importance of Tier 4 Sponsor Licence compliance in the starkest of terms, as failure to comply with sponsorship duties will result in a revocation of the licence and a ban from re-applying.

Tier 4 Sponsor Licence duties are manifold. It is necessary to maintain the Educational Oversight standards that were previously met, and to ensure that all students who have been sponsored on Tier 4 visas have a high level of attendance. Of perhaps greater importance is that students who have been issued a CAS in order to apply for a visa do not have that application refused; a certain level of visa refusals will result in a suspension of the Tier 4 Sponsor Licence. Compliance with sponsorship duties should always be viewed as an on-going process, but despite the duties a Tier 4 Sponsor Licence entails, the rewards of enrolling international students are great.

Using Legal Representation to Apply for a Tier 4 Sponsor Licence