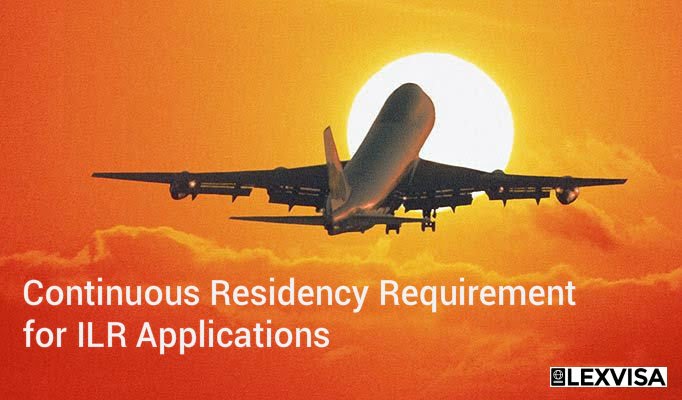 Point-Based System visas allow applications for ILR, also referred to as settlement, generally upon 5 years of legal and Continuous Residency by an Applicant. These visas include:

Earlier settlement is possible depending on meeting the requirements for each category; For example, the Tier 1 Investor visa allows 2-year, 3-year and 5-year settlement routes. Among others, some common law work visas also require the legal and Continuous Residency of 4 or 5 years before the applicant can apply for settlement. These include the visa for:

Update on the Continuous Residency Requirement

For work related settlement applications, the existing Immigration Rules stipulate that Continuous Residency means an unbroken period with valid leave where “the applicant has been absent from the UK for a period of 180 days or less in any of the … consecutive 12 calendar month periods … preceding the date of the application for leave to remain”.

The current Home Office guidance states that the following periods count as absence:

Under the current Immigration Rules, an Applicant with more than 180 days of absence in a single year may still qualify for settlement, provided at the time of the application, the specified continuous periods counted backwards from the date of application do not contain an absence period over 180 days. This is the case in the following example:

Under the current rules, the Applicant can prove Continuous Residency within the specified 5 year period up to the date of application, despite having a 181 day absence in the year 2015. However, this calculation is due to be changed on 11 January 2018. Many may not satisfy the continuous residency requirement come this Thursday.

The Statement of Changes stipulates, “references to a ‘continuous period’ of 5 years or 4 years… mean… the applicant has not been absent from the UK for more than 180 days during any 12 month period in the continuous period…” with exceptions of humanitarian and environmental work overseas. The new rule applies to applications submitted on Thursday and onward, where Lily would not have satisfied the Continuous Residency requirement for the settlement application:

If the Applicant does exceed the allowed number of absences, recourse may be had if the absences can be justified as allowable reasons for absences, which in general, must be consistent with the purpose of the original visa granted or justified by serious or compelling reasons. This will be at the discretion of the Home Office case worker, so it is important that Applicants put forward a strong argument.