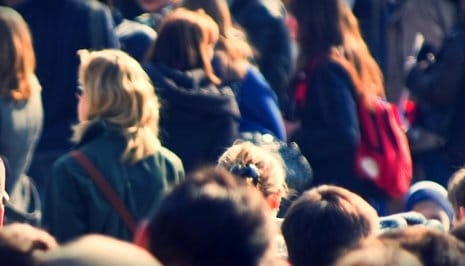 On 8 March 2016, the UK High Court referred the case of Lounes v Secretary of State for the Home Department to the European Court of Justice (‘ECJ’). The case was regarding the rights of dual nationality EU citizens after Brexit, and concerned the Algerian spouse of a Spanish national who had obtained British citizenship whilst retaining her Spanish nationality. The question was whether the Spanish national could rely on her rights as a Union citizen, or whether these rights were restricted by her obtaining British nationality. The Court sought the opinion of Advocate General Bot, which was duly given in May 2017.

The Spanish national came to the United Kingdom in 1996 and attained British nationality in 2009, whilst also retaining her Spanish nationality. She began a relationship with an Algerian national who had overstayed his United Kingdom visitor visa, and the couple were married in 2014. The Algerian national applied for an EEA residence card under the Immigration (European Economic Area) Regulations 2006 as the family member of the dual Spanish and British national, but this application was refused on the basis that the Spanish national was not a beneficiary of rights conferred by Directive 2004/38 (the ‘Free Movement Directive’). This was due to the Immigration Regulations 2006 having been amended to preclude dual nationality EU citizens from benefiting from the Free Movement Directive. The Algerian national subsequently appealed the decision to refuse his application.

In the view of the High Court judge hearing the appeal, as the case concerned the rights of dual nationality EU citizens and points of European law, it was necessary to seek the opinion of the European Court of Justice. Advocate General Bot of ECJ agreed that Directive 2004/38 did not apply to dual nationality EU citizens such as the British and Spanish national, as the Free Movement Directive was confined to EU citizens who lived in Member States of which they are not citizens. As she was a British national living in the United Kingdom, she was therefore not able to benefit. There was, however, another issue that Advocate General Bot identified, which was that of a derived right of residence based on Article 21(1) TFEU. This Article provides that Member States must permit Union citizens who are not their nationals to move and reside within their territory with their spouse and other family members who are not Union citizens. Advocate General Bot stated that, in order to ensure that this Article is effective, the Free Movement Directive is applied by analogy.

What the Lounes Case Means for Dual Nationality EU Citizens

What this means in the case of Lounes v Secretary of State for the Home Department [2016] EWHC 436 (Admin) is that dual national EU citizens “may not be afforded treatment less favourable than they enjoyed in that State under Directive 2004/38 before their naturalisation than they would be granted under EU law if they moved to another Member State.” Dual national EU citizens such as the dual British and EEA national, then, should be able to retain and exercise their EU rights in the United Kingdom. So despite the Free Movement Directive not applying to the dual national, she was still able to enjoy the benefits it conferred under the Advocate General’s interpretation of Article 21(1) TFEU.

What impact will this have on the Rights of Dual Nationality EU Citizens After Brexit?

When it is handed down, the decision in the case of Lounes v Secretary of State for the Home Department [2016] EWHC 436 (Admin) will go some way to determining the future of the rights of dual nationality EU citizens after Brexit, and what continued rights EEA nationals will enjoy. British citizenship will need to be within the scope of any deal that is made with the EU, and will need to fall within the ‘entitlements’ that were set out in the Conservative manifesto – assuming a Conservative victory in the upcoming General Election, of course. No matter who wins the election, considering that the approach taken by Advocate General Bot is not likely to be favoured by the Home Office, the European Union will be unlikely to accept that the Home Office or even the Courts of the United Kingdom should determine what those continued rights should be, and those rights will be paramount in Brexit negotiations.

It is worth noting also that Advocate General Bot described the prospect of dual nationality EU citizens such as the dual Spanish and British national, who claimed British citizenship in order to integrate more fully into the United Kingdom, losing their rights enjoyed under Article 21(1) TFEU to bring her non-EEA national spouse to the United Kingdom as being “illogical and full of contradictions”. This opinion could easily be applied to the restrictions that the United Kingdom places on her own citizens who wish for their non-EEA spouses to live in the United Kingdom.