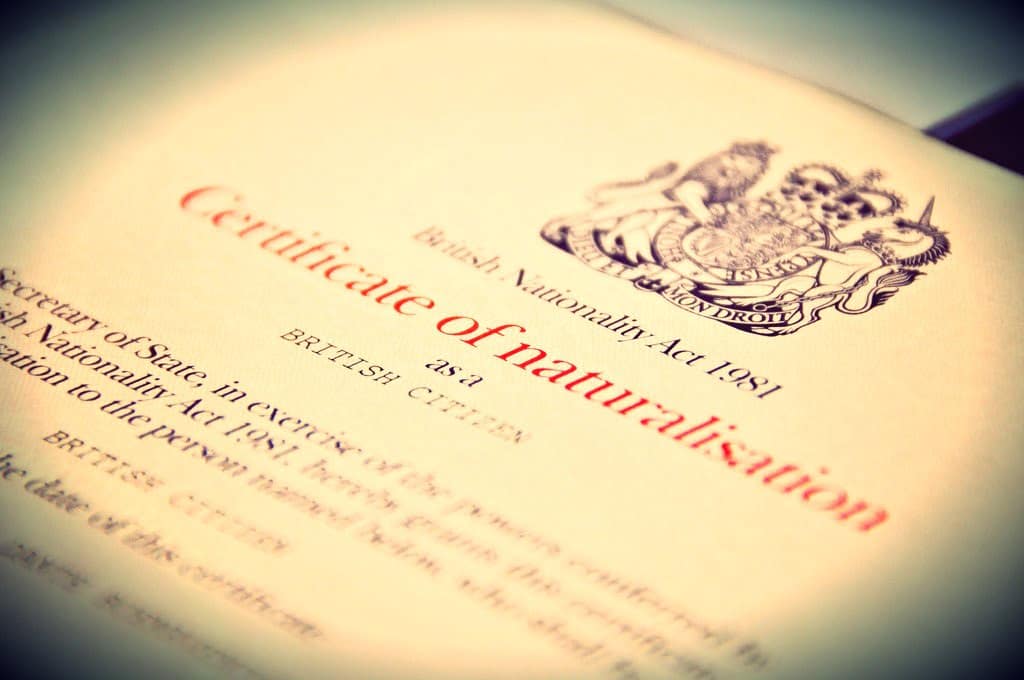 Successfully Apply for British Naturalisation with LEXVISA Solicitors and Barristers

In order to apply for British Naturalisation as the spouse of a British citizen under section 6(2) British Nationality Act 1981, the applicant will need to have been resident in the United Kingdom for  prior to making their application. The applicant will need to hold Indefinite Leave to Remain as the spouse of a British citizen or settled person in the United Kingdom before making their application for British Naturalisation, and even if this is the case they will still be required to meet further evidential requirements.

Someone married to or in a civil partnership with a British citizen is able to apply for British Naturalisation in this way. The will need to be holding Indefinite Leave to Remain for at least one year, and to have been living in the United Kingdom as a spouse or civil partner for at least three years. When they make their application, this means that the applicant will need to submit evidence of at least three years of residence in the United Kingdom, as well as evidence that they have not been absent from the United Kingdom for more than 270 days over that period, and no more than 90 days of absences in the year prior to the date of application.

As well as those evidence requirements specific to their route of application, all applicants for British Naturalisation are required to demonstrate that they meet the further requirements for good character, English language ability, and knowledge of British society and life. Should an application for British Naturalisation be unsuccessful, it should be noted that there is no right of appeal or right of administrative review. It is possible to seek a judicial review of an unsuccessful application, but before making recourse to judicial review, decisions can now be ‘reconsidered’, meaning that an unsuccessful application could potentially be overturned. Having a decision overturned would require specialist knowledge of the immigration rules, however.