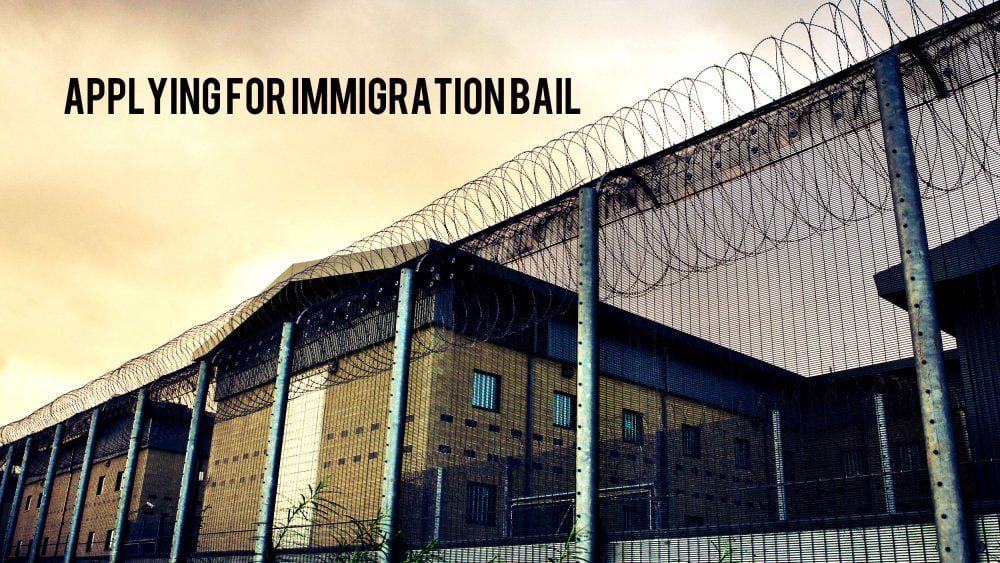 What is Immigration Bail?

There are six possible conditions that can be put on detainees who are granted, Immigration Bail. In normal circumstances, decision makers will impose two conditions but this could increase depending on the type of case and circumstances surrounding the detention. The conditions are noted below:

The purpose of imposing conditions on bail is to allow the Home Office to maintain regular communication and to reduce the risks of absconding. A failure to comply with Immigration Bail conditions is going to have a detrimental impact on any pending immigration matters and result in prosecution with a possible find and 6-month prison sentence. It is possible to apply to have Immigration Bail conditions varied. An application has to be made to the Home Office explaining the reasoning for the change of reporting conditions with the correct supporting documents. An example of where a reporting condition can be varied is where an Applicant’s medical health has deteriorated and it is no longer possible to report on regularly.

Our team of solicitors and barristers are specialist immigration lawyers who act in your best interest. We offer a client-tailored approach from the outset. From the very first meeting, we will be able to advise you in respect of your prospects of submitting an Immigration Bail application before your application even reaches the Home Office UK Visa & Immigration department. We can assist you with the preparation and submission of an application and ensure that you meet all the requirements of the relevant rules.

Preparation is the key to a successful application. Our UK immigration and visa solicitors are here to guide you through the complex immigration rules and requirements. If you wish to meet one of our lawyers, please call our Immigration Team so we can assess your case and arrange your legal consultation to discuss your immigration matter or application.